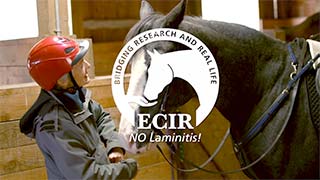 Abnormally high insulin is a key feature of Equine Metabolic Syndrome (EMS) and is responsible for the high laminitis risk. However, there has been considerable uncertainty regarding the best way to test for abnormal insulin and how results are interpreted for diagnosis.

Insulin in the Equine

Insulin is one of the most variable of lab tests. Released primarily in response to blood sugar, insulin will normally fluctuate from virtually undetectable with fasting or very low-sugar/starch intake, to up to 20 - 40 uIU/mL as a peak after a grain meal. Horses that had been fasted would not have the same insulin as they would have after eating 5 lbs of sweet feed. That makes the reference range extremely wide, but what is actually normal must be more narrowly defined by the circumstances at the time of testing. 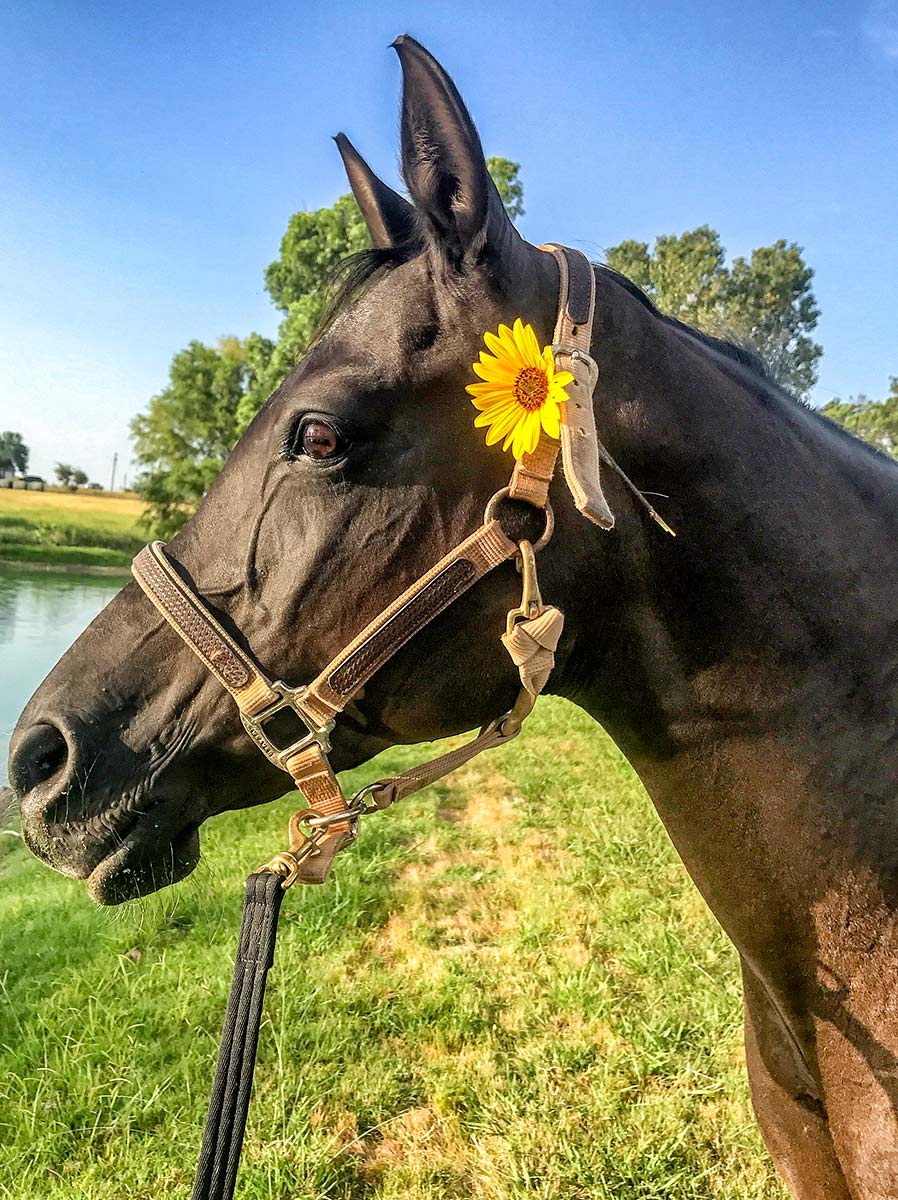 The Evolution of Testing Equine Insulin

The earliest suggestion for testing insulin was to fast the horse or pony before testing. This seemed to make sense since humans are fasted before diabetes testing; however, horses are not humans. Equine Metabolic Syndrome (EMS) is not the same as Human Metabolic Syndrome or human type II diabetes. Equines do not typically maintain high glucose and insulin levels when fasted in the way that many metabolic syndrome humans do. It became evident that many horses and ponies with metabolic syndrome were testing negative after fasting. An even bigger problem was what was being called “normal".

To be a positive result, a threshold of 20 uIU/mL for a fasting insulin (aka basal insulin) was set. If below 20 uIU/mL, the test was considered negative. However, a review of equine insulin levels in published studies and PhD dissertations also reported at the time, shows that a level of 20 uIU/mL is more typical of a normal response to a grain meal than to fasting. This high threshold resulted in a high percentage of the animals classified as positive on the test being correctly diagnosed (high specificity), but a very large number of cases were miscategorized as normal (low sensitivity).

Various challenge tests were then devised to pick up cases missed by fasting insulin. These included grain, Karo syrup feeding, or glucose powder in a high-fiber meal. They are more time consuming, more expensive, and not without risk. Another approach would be simply to have a more accurate threshold.

A very well-designed study, Olley, et al., (2019), did exactly that. They compared the fasting insulin levels of 62 horses and ponies with results of a Combined Glucose and Insulin Test (CGIT). The CGIT is an intravenous test for insulin resistance. They determined that the upper limit of normal for a fasting insulin should be 5.2 uIU/mL — not 20. The authors pointed out that the problem wasn't that insulin is a poor test; it was the cutoff that was to blame.

Additionally, in a 2006 study, normal insulin for horses eating only pasture was established at 13 uIU/mL, also significantly below the 20 uIU/mL ceiling.

The 2019 findings aren't a surprise to anyone familiar with the many other prior studies looking at equine insulin. The 5.2 uIU/mL ceiling is in line with previous reports. However, one problem with using fasting insulin as a screening test is that many assays may not be reliable at these low levels.

The ECIR Group has never recommended using fasting insulin because of the large number of incorrect results with the 20 uIU/mL guideline, and because high insulin occurs as a response to what is eaten. It stands to reason that insulin after a bucket of sweet feed won't be the same as after munching hay or not eating at all for an extended period. Olley, et al., also states that insulin "normal" ranges have to be defined by the feeding situation.

Why Reference Ranges are not Normal 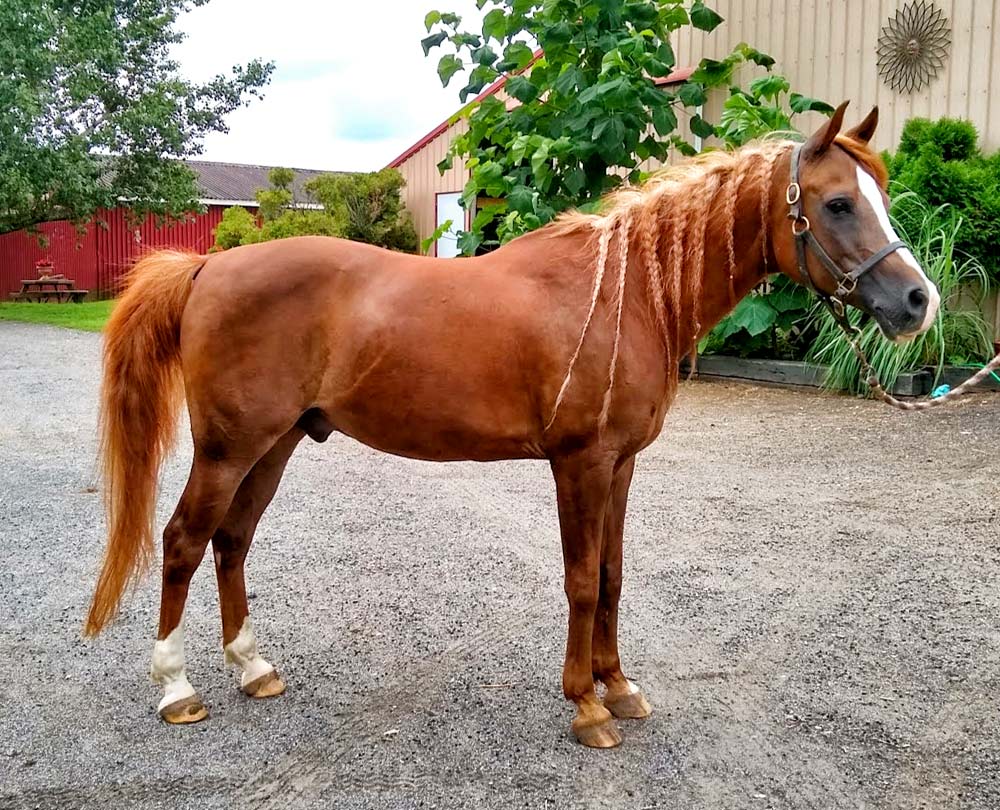 When you get a report from a diagnostic laboratory, you will see tests listed in a column on the left, followed by the test results (sometimes with an asterisk or a H = high, L = low mark) and a final column with the reference range. Some even call this a “normal" range, but it is not.

In a perfect world, every laboratory would establish their own reference ranges for each test it runs by testing a minimum of 120 healthy individuals, and then defining the reference range as the range of values that fit 99% of the samples taken. Sounds fairly straightforward, but there are many problems, not the least of which is defining “healthy” and the possibility that individuals who actually have inapparent disease are being tested.

What they may have eaten or not prior to testing will also affect the ultimate laboratory reference ranges. Labs sometimes rely on ranges from the test manufacturer, or from other tests they have used in the past, which is even less accurate. Even if the ranges are truly being derived from healthy horses they may change with things like age, sex, reproductive status, and exercise. Alkaline Phosphatase Enzyme is a good example. Growing horses normally run much higher than adult ranges because this enzyme is involved in bone growth and remodeling.

Some laboratory values are regulated by the body to stay in a very tight range in a healthy individual, such as blood pH and oxygen saturation. Others have wider variation and multiple factors that may influence them, like higher BUN with high protein intake, being a stallion, dehydration, or having kidney disease.

How This Affects EMS Equine Diagnosis 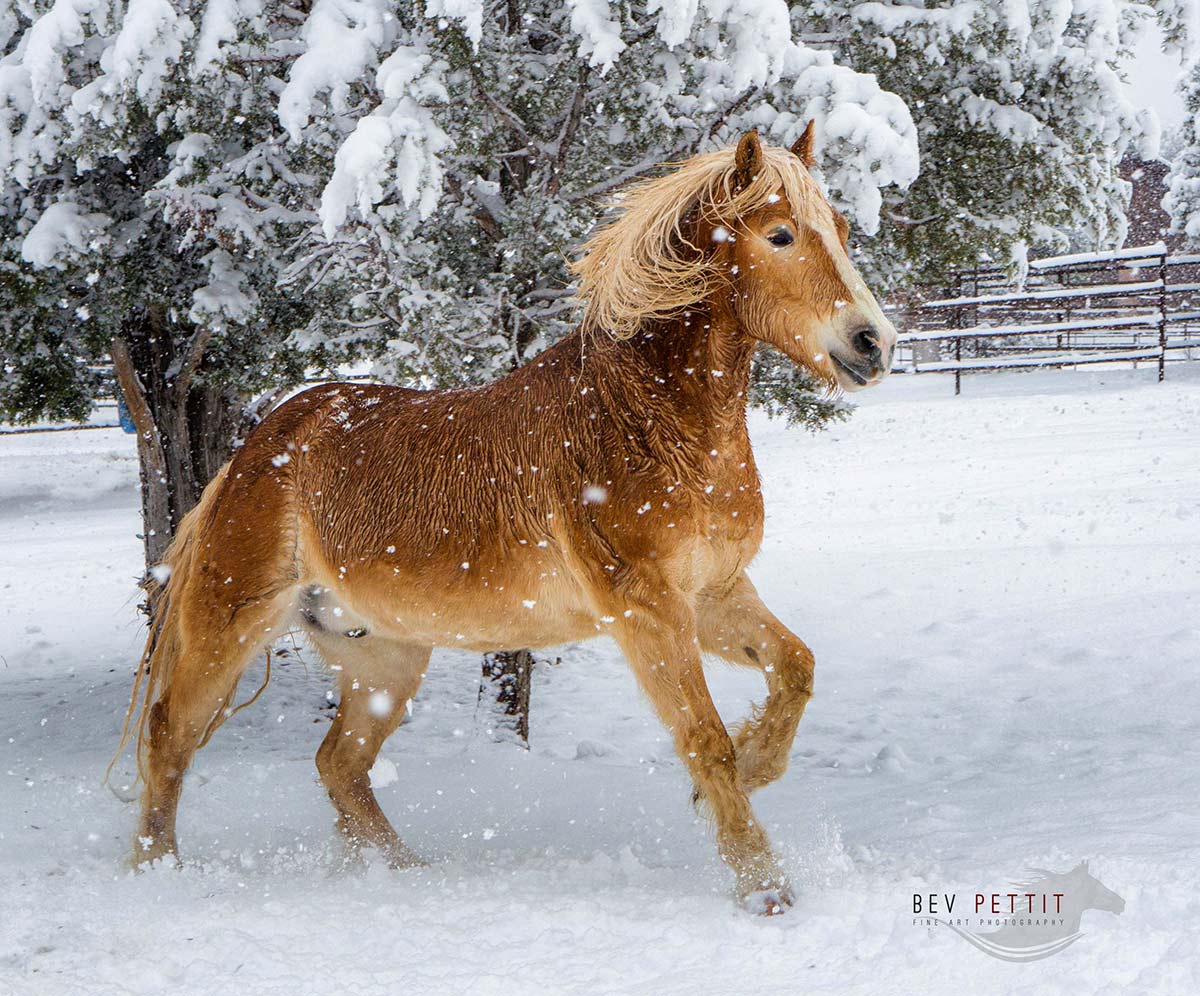 Laboratory reference ranges are a guide, but determining whether a result is truly normal or abnormal takes more than just looking at those numbers.

Insulin is a bit of an extreme example, but it does illustrate how mistaking reference ranges for normal can easily lead to misdiagnosis. Another common scenario is in older horses with red blood cell parameters slightly below the reference range being labeled anemic. In fact, the combination of reduced activity and lower metabolic rate means they need less circulating oxygen and their counts are actually normal for their physiology.

Proxies that the ECIR Group use in the EMS Calculator have been developed from what is universally recognized as the "gold standard" in insulin resistance testing, i.e., the Frequently Sampled Intravenous Glucose Tolerance Test (FSIGTT). The proxies were then field tested on ponies living at pasture, with no fasting before testing. The ECIR Group pretest feeding protocol was designed to mimic that.

The glucose:insulin ratio and insulin resistance proxies of RISQI and MIRG, as defined by the work of Dr. Treiber's group (2005, 2006), are used to classify EMS in horses and ponies. The EMS Calculator can compute the proxies for you.

To use the EMS Calculator correctly, the ECIR Group recommends testing horses with access to known low-sugar/starch hay or pasture from the night before, overnight, and on the day of testing. Insulin and glucose are tested. If the horse has lack of access to hay or pasture overnight, it is recommended that testing be done four hours after the break in the overnight fast for accuracy, keeping some hay in front of the horse until the testing is done.

Disclaimer
Duplicate testing at laboratories using different insulin assays has shown insulin results may vary significantly between laboratories. Some assays are more accurate at lower values; others at higher. The insulin and proxy normal values used by the ECIR Group are a good guideline but can be influenced by these discrepancies. For this reason, it is important to keep the “big picture” in mind when there is a questionable diagnosis. Consider clinical signs as well as the laboratory numbers. When laboratory results do not match the clinical picture, consider repeat testing at another facility. For purposes of monitoring response to therapy, follow up testing should be performed at the same laboratory.